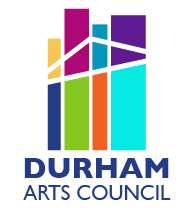 Takes participants through a personal and transformative creative process that inspires a deepening connection with the natural world. Photographers of all levels experience the relational beauty of documentary photography, learn simple and powerful earth-based contemplative practices, and make personal photographs that open the door to curiosity, wonder, and connection. Inspiration is sparked through creative exercises and meaningful and supportive reflection. No prior photography experience is needed and iPhones are welcome. There will be a lunch break on Saturday.

This is a basic class presenting traditional film-based photography compared with the digital world. Students will shoot and develop one or more rolls of film, make a proof sheet and work prints.

The student is encouraged to make similar photographs with their digital camera to compare behavior and quality of the two different, but closely related approaches to photography. Finally, scans will be made of one or more negatives and prints made from the scans and the digital originals. If you don’t have a film camera one can be loaned for assignments. A materials cost of $10 is due to the instructor at the first class meeting for film and paper.

Join Durham artist Titus Heagins for a workshop he will be holding in conjunction with the Click! Photo festival. Titus has traveled extensively throughout North Carolina, the southwestern United States, Mexico, Cuba, Haiti, the Caribbean, and China to produce a diverse body of work. Heagins’ works are in many private and public collections, including the North Carolina Museum of Art.

The social uses of photography, especially portrait photography, have become commonplace, making it easy to miss the powerful significance that can be achieved by photographing people who are typically left out of story. The work of Titus Brooks Heagins continues to profess the importance of the portrait as not simply a product of brief encounters between himself, his cameras, and various sitters, but as instances of truth. They are visual samples of representation of lives lived that are often intentionally hidden within social, economic, and judicial structures. Bringing these stories of representation into public spaces is a key artistic motivator and will be one of the topics of discussion in the artist talk presented by Heagins. This event is free and open to the public.

This is a basic class presenting traditional film-based photography compared with the digital world. Students will shoot and develop one or more rolls of film, make a proof sheet and work prints.

This online intensive is intended for new Adobe Lightroom users and will acquaint students with the most heavily used modules of Adobe Lightroom, the ‘Develop’ and ‘Import’ modules; and introduce the functions of the lesser used modules. Students will learn how to manage the Lightroom catalog and how to import photos. The class will emphasize photo editing in the Develop module and give students a basic editing workflow that can be enhanced as students become more Lightroom proficient and aware of their own needs as photographers. Students should bring their own personal laptop with Adobe Lightroom Classic already installed.

Rhonda Klevansky is originally from Durban, South Africa. She is a photographer, writer and film maker with a strong interest in using video and photography as tools for advocacy.

The Future is Female expands upon the themes of A Global Gathering—portraiture, politics, and the environment—through radical transformations of materials, myths, and art-making.

Join Allison for a crash course on photo editing and digital collage, using cell phone photography and inexpensive/free apps. Learn how to take well-composed images, use filters, and all about the latest apps. Find out the best methods of printing high-quality, professional images taken with your iPhone or Android devices and the advantages and limitations are of this approach. This is an easy, fun, low-pressure class, perfect for beginners and up.

Instructors from The Light Factory

The CLICK! Photo Fair, will be held during the CLICK! Photography Festival will include a Sun Printing (cyanotypes) workshop for kids of all ages.
Located in the covered pavilion at Durham Central Park.

Keynote: Make Believe: Walking the Line Between Documentary and Fiction with Alex Harris

In 2017, with a commission from the High Museum in Atlanta, Harris set out to immerse himself in the world of southern fiction filmmakers. Since that time, he has photographed a wide variety of 41 different films including historical, contemporary, horror, experimental, long and short form, low budget and multi-million-dollar productions.

“Photographing behind the scenes on fiction film sets across the south, I began to notice that it was difficult to see the difference between my pictures of actors in front of the filmmaker’s lens, of crew behind the scenes, and of people living in communities around the set. Preparing for this talk, I looked back at earlier, documentary and family photographs I’ve made over the years, and was struck by the ways many seem to predict my more recent movie set pictures…”

The CLICK! Photo Fair, will be held during the CLICK! Photography Festival in the covered pavilion at Durham Central Park on Sunday, October 17 from 10:00am–2:00pm. The fair will bring together arts organizations, galleries, vendors, and individual photographers to build community and promote photography in the Triangle.

Guest curator, photographer, 21 year Army veteran, and UNC-Chapel Hill American Studies PhD candidate, John Bechtold will talk about war in public memory and some of the curatorial choices which informed this visual project.

From Fallujah is a group photography exhibit featuring the work of four emerging Iraqi photographers. The exhibit proceeds from the idea that the best way to learn about a place is through the people who live there. Our purpose is to simply make another story about Fallujah visible to American audiences, one that departs from its militarized meaning in public memory. Fallujah is not an Iraq War battlefield. It is a place where people work, attend school, and frequent public spaces wanting what we all want, a chance to peaceably choose our lives.

Our Introductory “Level 1” Photoshop workshop is ideal for both those new to Photoshop and more experienced users who want to dramatically improve their Photoshop skills and abilities in a two-day workshop format. Students must have a basic knowledge of PC Windows or Mac. Students should bring their own personal laptop with Adobe Photoshop already installed.